Sending messages to Twitter from any application is straightforward, if you follow the protocol.  The problem is, Twitter does not explicitly define the protocol in any one place.

If you go to the developer center on Twitter’s site, there is a section that deals with how Twitter uses OAuth (which is defined in IETF RFC 5849), but Twitter doesn’t explain exactly how.  Instead, Twitter refers to external sources (one, two) for the definition of the general OAuth protocol, and it expends a bunch of effort explaining why apps cannot use Basic Auth.  Not helpful for an implementer. Twitter’s doc page then points developers to existing third-party OAuth libraries.  There is no documentation that I could find that explicitly describes or demonstrates what I would call the communications protocol: the message flows required to use OAuth to connect to Twitter, for the various scenarios – a web application, a “traditional” desktop app, a mobile app, and so on.

For various reasons a developer might want more detailed information.  For one thing, the developer may be developing their own Twitter-friendly library, for various reasons: licensing or other intellectual property concerns, efficiency, control.  If you are developing your own application that uses Twitter, the upshot is: the implementation is the documentation. Twitter provides some reference material, but it is not complete; when you get down to it, you need to try and see. Develop, test, diagnose, see what works. Developers will have to figure it out themselves.

I went through that process with a couple of applications based in C#, and here’s what I learned.  The basics:

A Concern about Client Identity

The use of the consumer key or client credential as the basis for application identification means that the claimed identity of desktop applications cannot be trusted.  Here’s why:  OAuth assumes that an application that holds these credentials is the registered application.  Yet most traditional desktop or mobile applications will store this information in the compiled binary, or in some external store. This information will be accessible to other applications, which means the “client identity” can be easily forged, either mistakenly or on purpose. A developer just needs to grab those two items and embed them in a new app, and you’ve got a “stolen application identity” problem.  In short, anyone that uses a desktop application to connect to Twitter has the power to forge the identity of that application.  This is one of a set of concerns around Twitter’s use of OAuth, that have been previously articulated.  I don’t have a good answer for this problem.

In my next post I’ll describe the OAuth 1.0a protocol flows. 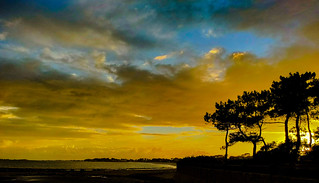