In some of my previous posts I discussed Twitter and OAuth. The reason I sniffed the protocol enough to describe it here was that I wanted to build an application that posted Tweets.  Actually, I wanted to go one better – I wanted an app that would post tweets and images, via Twitter’s /1/statuses/update_with_media.xml API call. This was for a screen-capture tool.  I wanted to be able to capture an image on the screen and “Tweet it” automatically, without opening a web browser, without “logging in”, without ever seeing a little birdy from a Twitter logo.  In other words I wanted the screen capture application to connect programmatically with Twitter.

It shouldn’t be difficult to do, I figured, but when I started looking into it in August 2011, there were no libraries supporting Twitter’s update_with_media.xml, and there was skimpy documentation from Twitter.  This is just par for the course, I think. In this fast-paced social-media world, systems don’t wait for standards or documented protocols.  Systems get deployed, and the code is the documentation.  We’re in a hurry here! The actual implementation is the documentation.  Have at it, is the attitude, and good luck!  Don’t think I’m complaining – Facebook’s acquisition of Instagram provides one billion reasons why things should work this way.

With that as the backdrop I set about investigating. I found some existing code bases, that were, how shall I put it? a little crufty.  There’s a project on google’s code repository that held value, but I didn’t like the programming model. There are other options out there but nothing definitive. So I started with the google code and reworked it to provide a simpler, higher-level programming interface for the app.

What I wanted was a programming model something like this:

In other words – using OAuth adds one API call .  Just generate the header for me!  But what I found was nothing like that.

That code is available via a TweetIt app that I wrote to demonstrate the library.  It includes logic to run a web browser and programmatically do the necessary one-time copy/paste of the approval pin.  The same OAuth code is used in that screen-capture tool. 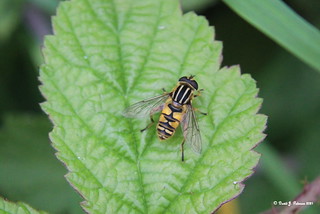 Success is the child of audacity.
-Benjamin Disraeli