From Hacker News recently, Another posting, this one by Peter-Paul Koch, about the web-vs-native debate, dramatically entitled “Let’s concede defeat”!!

This is the latest installment in a long line of commentary on the topic. In short, the topic is: is it better to build and offer a native, platform-specific app, or to invest in building a web-based user experience? We’ve been having this debate for years, and the discussion just seems to spin round and round on the same points. readwrite.com is also chiming in on the “morass”. Everyone has a viewpoint. Web is better. Native is better. Hybrid is the future.

Lots of drama. A range of viewpoints. Many of the strongest opinions come from people with something to sell: they sell the vision of web as write-once-run-anywhere, or they sell a product that helps produce hybrid apps.

In my opinion, it’s not that complicated. Here you go: Web apps are super convenient to deploy, update, and access. There’s no “app store”, there’s no worry about if and when users will update. But, they’re not optimal for a crisp device-optimized experience. There are many web frameworks and choosing the right one is challenging. Attempting to “emulate” native app behavior can get you into trouble when trying to support N different device platforms.

The native app, on the other hand, is crisp and device optimized, and users like it. It’s easier to do offline-capable apps, and it works with system notifications. But, using native means you’re basically writing many apps, one version for each device. Also, the way users access the app is inconvenient, and there’s no guarantee users will update their apps (although there are mitigations for that).

But most apps will be hybrids, combining some web-app capability with some native capability.

Dzone has a nice table listing decision criteria between the three options. Kinlan has a nice, day-in-the-life journal that gives color to the tradeoffs, although looking for a web-based alarm clock to supplant the device-supplied one seems like tilting at windmills. No one needs a web-based alarm clock when every phone has several native apps to choose from. He made that point very effectively, though I don’t think he intended to do so.

We, as an industry, haven’t settled this issue yet. There’s still more talking we need to do, apparently.

Though there’s been much talk, there are still seemingly common perspectives that are just wrong.

I like what Mr Koch had to say in the quirksmode blog. Basically: different solutions will better suit different sets requirements, for commerce, news sites, and so on. Pragmatic. Realistic. Helpful.

Regardless whether people choose web apps, native apps, or hybrid apps, the backend is always APIs. Everybody needs APIs! And they need to be simple, easy to consume, well documented, secure, and managed and measured properly. 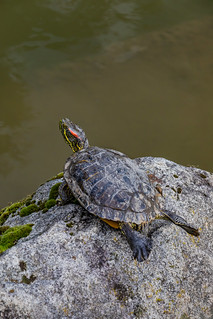