At the WCIT in Dubai, the US has refused to sign the ITU Treaty establishing global regulations for dealing with the Internet.

ITU is an UN agency, part of a global government or quasi-government effort. This isn’t conspiracy theory; this is just fact. The UN attempts to establish rules governing global behavior.

A number of governments, including China, Russia, Iran, Saudi Arabia, many African nations, and other “closed” societies have voted in favor of the ITU Treaty, which includes provisions for how the Internet can be regulated. In short, these are not lovers of liberty. The concerns about their interests in restricting the public Internet are not new.

The US has voted against the treaty. Certainly the commercial interests in the US, including companies like Google who are focused on advertising, and content-providers like Disney, are against the regulation of the global network as it restricts their access to vast new oceans of potential customers. I can understand the reluctance of some countries to open up to the “assault” on their people of US-oriented commercial interests via the public network. I can understand it but I don’t condone it.

I am flatly against the mullahs in Iran approving what’s ok for me to read on the Internet in Seattle, Washington. I also think that, without democratic elections, these people and their counterparts in Saudi, Russia, China, and many other countries, have no moral authority to make similar decisions for the people that live in their respective countries.

Let the closed societies try to regulate the Internet within their borders if they want to. It won’t work. As we see in Iran, China, and other places, the information will get in and out, eventually. People want the freedom to educate themselves. The US should not back up one bit from its stance on this.

The Internet is a much more effective spreader of democracy than 3 battalions of US Marines.

Related: Dvorak on the ITU Treaty

David Linthicum, in his InfoWorld article, observes that SOA is a “bad word”, noting that SOA Companies are now rebranding themselves as API Management companies.

Some editor at InfoWorld apparently chose the article title to be
“Service governance morphs into cloud API management”. But I don’t think that’s an accurate summary of the article. That’s not the gist of it.

The gist is more accurately captured in Linthicum’s subtitle, to wit: More evidence that SOA is a bad word: Traditional SOA service governance technology rebrands itself for the cloud.

Re-branding is the first baby step in the “morphing” process I guess. But sayin it don’t make it so.

The problem with the rest of Linthicum’s anaylsis is that it looks at everything through a SOA lens. API Management exposes APIs – “that’s SOA” he says. API Management platforms enforce security controls. “That’s SOA governance.”

Great, I can see the parallels. But what about the things API Management platforms do that are completely outside the domain of SOA? What about developer enablement and engagement? What about analytics? Versioning, cloud-based scale out.

Linthicum is an SOA guy, and when he looks around, everything is tinted with his SOA-colored glasses. I have a different perspective. SOA solved some big problems. As a metaphor for interconnecting enterprises, it was a huge advance. A huge improvement.

Even so, with SOA there were problems. Poor support for mobile devices. Still a great deal of complexity. Hard for developers to get connected and productive. Poor visibility by business owners into the impact of applicaiton inter-connect traffic. API Management platforms present an opportunity to address all those challenges.

Despite what Linthicum sees, API Management is not simply re-branded SOA. 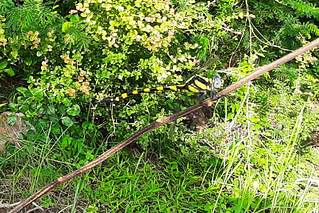 Go to where puck is going to be, not to where it is.
-Wayne Gretzky