I’ve been running this site on nearlyfreespeech for some time now.

Last week I created a cert using the tools and service made available by letsencrypt.org, and then configured my NFS server to use it. It was pretty easy, but not documented. I’ll share here what I did to make it work.

I am able to SSH into the nearlyfreespeech server. I can also perform a git clone from that server to get the letsencrypt tools. But when I ran the letsencrypt-auto tool from the server, it didn’t do what I wanted it to do. This was my first time with the tool, and I’m unfamiliar with the options, so maybe it was just pilot error.

In any case, I solved it by running the tool on my Mac OSX machine and transferring the generated PEM files to the server.

Maybe this will help someone else.

It’s possible that I could have used the –manual option on the NFS Server, and avoided the need to transfer files. Not sure. If anyone else has done this, I’d like to know. I will need to renew my certs every couple months.

I’m really pleased about the letsencrypt service. I hope it gets used widely.

I’ve automated the other parts – creating the right endpoints on the NFS server, and then copying the generated certs when they’re sent. Also NFS no longer requires a service ticket; it will automatically install certs when I update them. The change takes a minute or less. Super easy.

Lots of people use the .htaccess redirect rules to force their wordpress sites to load with the secure option.

But if you have a hoster that does not provide you the ability to modify the .htaccess file, that won’t work. These hosters typically set up your server behind their load balancer which means the wordpress code sometimes cannot directly infer whether HTTPS is in use. In other words, the $_SERVER[‘HTTPS’] is not correct.

It is possible to introduce code into your theme that will do what you need. This is the PHP code:

Insert that in your theme header.php file. Or maybe the functions.php file. Invoke the maybe_redirect_to_ssl_site() function in the theme header before emitting any HTML.

I use github gists, and sometimes I want to embed a gist into a blog post. Using the script block github provides gives me poor results. There are several problems:

Good effort by github, but not usable for me out of the box. I resorted to using the github api directly, and embedding the retrieved content using jQuery. This is also not optimal because the styling and line numbering is missing. See my recent post on ASP Classic for a visual example. Also it takes longer for me to write the markup that does this.

With the help of this blog post, which I found from this stackoverflow question, I was able to style it properly without doing too much css archaeology. Reasonable result:

I looked for, but did not find, a reliable, easy to use, solid Google+ widget for WordPress. All I want to do is display on my WP blog a little sidebar listing of the 4 or 5 most recent activities from my G+ account.  Is that so hard?

Not sure why I couldn’t find it, but since I am interested, I looked into building a plugin. How hard could it be?  Turns out: not very.  You can see the results to the right.

Google is encouraging programmatic use of their social network.  They’ve published the network protocols – the HTTP request and response messages required to do various things. They also produced and released client-side libraries that implement these protocols – very nice. They’ve got one for PHP.   So, yeah, obviously, that seems like the right thing to use as a base for WordPress interaction with Google+ .

The “Hello World” of PHP-to-Google+ apps:

That worked pretty well, and took about 60 seconds of download and install. With that kind of momentum I went right into constructing my first wordpress plugin.   It’s a simple model – implement a class that extends WP_Widget .  Provide a widget() method that renders the thing. Inside the render function, include a subset of the code from the Hello, World app above. Ba da boom.

WordPress seems very nice to use, and very easy to extend.

This plugin is prety simplistic. It uses the API Key method, rather than OAuth2, for authentication to Google. It works just fine.  For a highly-loaded website, I’d need to insert some caching to eliminate unnecessary hits on the Google+ service. But for my nice and friendly blog, it’s just fine.

Here’s the code if anyone else wants to try it out. 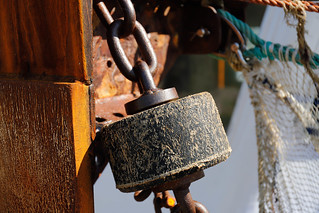