Those of you who are API people, should exhibit good API hygiene.

Sometimes you have the urge to run a command like this:
curl -X POST -v -u 'yourusername:password' . https://foobar/slksls

OK, ok, I know sometimes it’s necessary. But if you have an API endpoint that you often tickle with curl, and it accepts credentials via HTTP basic auth, you should be using .netrc to store the credentials.

The problem with using -u is that the password is shown in clear text on your terminal!

OK, I know, you’re thinking: but I’m the only one looking at my screen. . I can hear you thinking that right now. And that may be true, most of the time. But sometimes it’s not.

Sometimes you cut/paste terminal sessions into an email, or a blog post, or a bug report. And that’s when your password gets written down and shared with the world.

Treat Basic Authorization headers the same as passwords, because any observer can easily extract your password from that.

You might think that it’s ok to insert credentials in an email if it’s just being shared among your close work colleages. But that’s a bad idea also. Audit trails depend on the privacy of credentials. If you share them, the audit is gone. Suppose you have a disgruntled (ungruntled? never gruntled?) colleague who decides to take your creds and use them to recursively curl -X DELETE a whole bunch of resources. And the audit trail will show YOUR name on that act.

In short, it’s bad form. It could be forwarded or copy/pastad or it could leak into habit. It sets a terrible example for the children.

Here’s what I suggest:

Option 1: if you use curl

If you have a *nixy machine, create a ~/.netrc file and insert your creds there. See here for information.

chmod the file to 400. When you use the -n option, curl knows how to extract your creds from the file silently. You never have to type credentials on the command line again. I think you can do this on Windows too, but I don’t know curl on Windows.

If you build scripts that use curl, you should allow the user that same option. That way the user never keys in their creds to your script.

When you pass the -n option to curl, instead of -u USER:PASS, it tells curl, “if you ever connect with site.example.com, then use THESE creds” . This works with any HTTP endpoint curl can address via Basic Auth. I have creds for Jira, Heroku, and other systems all in my .netrc.

Hint: also don’t use curl -v, because that will show the basic auth header. You probably want -i anyway, which is less verbose than -v.

Use some other tool that hides the credentials completely.
I think Postman doesn’t quite hide the creds completely. So be careful!

From the holy-shit-how-did-they-not-test-this department, Fox News tells us that it is possible for hackers to seize control of a moving Chrysler automobile, fiddle with the radio, turning on the windshield wipers, or more ominously, controlling the transmission and the brakes. Considering the source (Fox Newsertainment), I am unsure whether to believe this. But there is also a piece on Wired. If true, seriously, Holy Shit.

Update:Chrysler is recalling 1.4 million cars over this.

Really interesting talk by Alex Stamos, CSO of Yahoo during the AppSec conference.

One takeaway: Network-layer security firewalls operating will not be feasible at 100Gbps network speeds, eg in 3-5 years.

Lots of other observations and views that make a lot of sense to me. This guy gets it.

Bright-eyed Toyota product planner: “Hey, wouldn’t it be great if we could have the car open automatically, when the owner of the car walks up to it?”

Naive Toyota Engineer: “Yeah! Let’s make a Passive Keyless Entry and Start (PKES) system. The car will call out to the key and will open up if it finds the key.”

Skeptical pointy-haired boss: “Whoa – it sounds like this could be a security problem. What if I’m 20 feet away from my car, around the corner? Will some shady character be able to pull the door handle and gain entry?”

Naive Toyota Engineer: “No worries! We’ll make the radio communication work from only a few feet away. The key will HAVE TO BE right next to the car.”

NYTimes article on an interesting and potentially very expensive vulnerability in systems that allow keyless entry to automobiles. This “innovation” allows you to simply walk up to your car with the key in your pocket, and pull the door handle, to get the car to unlock for you.

How does it work? On the handle pull, the car attempts to contact the key wirelessly, and upon getting a valid response, unlocks. What could possibly go wrong?

Thieves are using simple power amplifiers to extend the distance over which this communication works, so they can open the car in the driveway at night, just by pulling on the handle, while your key is by your bedside. Not only do they gain entry to your vehicle and its contents, they can also start the car, and drive off. The engine won’t stop even if the key goes out of range.

I wonder if Toyota have a software mechanism to turn off this capability. The NYTimes article suggests putting the key in a Faraday cage, like your freezer.

Interesting in-depth analysis of the vulnerability, from 2011, here.

Disclaimer: I don’t drive a Prius. Also I don’t work for Toyota, but I think their vehicles are pretty good, generally. I guess there are other automobile makes that have similar vulnerabilities. 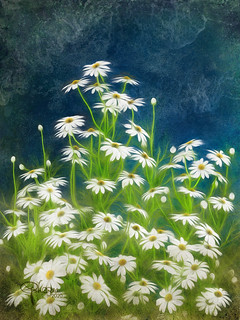 Victory awaits him who has everything in order; luck, people call it. Defeat is certain for him who has neglected to take the necessary precautions in time; this is called bad luck.
-Roald Amundsen