Those of you who are API people, should exhibit good API hygiene.

Sometimes you have the urge to run a command like this:
curl -X POST -v -u 'yourusername:password' . https://foobar/slksls

OK, ok, I know sometimes it’s necessary. But if you have an API endpoint that you often tickle with curl, and it accepts credentials via HTTP basic auth, you should be using .netrc to store the credentials.

The problem with using -u is that the password is shown in clear text on your terminal!

OK, I know, you’re thinking: but I’m the only one looking at my screen. . I can hear you thinking that right now. And that may be true, most of the time. But sometimes it’s not.

Sometimes you cut/paste terminal sessions into an email, or a blog post, or a bug report. And that’s when your password gets written down and shared with the world.

Treat Basic Authorization headers the same as passwords, because any observer can easily extract your password from that.

You might think that it’s ok to insert credentials in an email if it’s just being shared among your close work colleages. But that’s a bad idea also. Audit trails depend on the privacy of credentials. If you share them, the audit is gone. Suppose you have a disgruntled (ungruntled? never gruntled?) colleague who decides to take your creds and use them to recursively curl -X DELETE a whole bunch of resources. And the audit trail will show YOUR name on that act.

In short, it’s bad form. It could be forwarded or copy/pastad or it could leak into habit. It sets a terrible example for the children.

Here’s what I suggest:

Option 1: if you use curl

If you have a *nixy machine, create a ~/.netrc file and insert your creds there. See here for information.

chmod the file to 400. When you use the -n option, curl knows how to extract your creds from the file silently. You never have to type credentials on the command line again. I think you can do this on Windows too, but I don’t know curl on Windows.

If you build scripts that use curl, you should allow the user that same option. That way the user never keys in their creds to your script.

When you pass the -n option to curl, instead of -u USER:PASS, it tells curl, “if you ever connect with site.example.com, then use THESE creds” . This works with any HTTP endpoint curl can address via Basic Auth. I have creds for Jira, Heroku, and other systems all in my .netrc.

Hint: also don’t use curl -v, because that will show the basic auth header. You probably want -i anyway, which is less verbose than -v.

Use some other tool that hides the credentials completely.
I think Postman doesn’t quite hide the creds completely. So be careful! 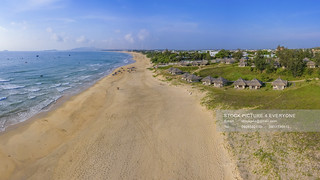 All our final decisions are made in a state of mind that is not going to last.
-Marcel Proust