From HighScalability.com, John Musser’s GlueCon slides.  Interesting data pulled from ProgrammableWeb.com .   As I understand it, ProgrammableWeb is mostly a repository of APIs. It’s free to register and I don’t believe there is any sort of authentication – in other words anyone can post any web API.  Each listing includes an API endpoint, a service.

The main point Musser makes is that APIs are continuing to grow exponentially.  He didn’t go so far as to coin a new law (“Musser’s Law”) for the growth rate, but the trend is pretty certain.

Some other interesting takeaways from the slides: (For the REST purists who say REST is an architecture and SOAP is a set of envelope standards, my response is, yeah, but… we all know that’s not really true. )

I remember registering for Programmable Web about 10 years ago.  There were 4 or 5 online book-sellers in those days, each had different prices. I put together a book price quote service, which would accept an ISBN, then screen-scrape HTML from each of them, and respond with three or four prices – not all vendors listed all books.  It was just a novel example.  I used it in demonstrations to show what an API could do.  It was never used for real commerce.

I published it.  The screen scraping was a brittle joke.  Every time Amazon updated their HTML, the service would break, and people would email me complaining about it.  Though that service died a long while ago, it remains listed on ProgrammableWeb today. Because of that I think it’s important to consider the real implications of the PW numbers – not all the listed services are alive today, and many of them are not “real” even if they are alive.

Even with all that, the steepening upward trend does show the rapid ramp up of API development and usage.  Even if those APIs are not real, there are real developers building and testing them.  And real companies making a business of it (Apigee, to name one).  Also,  it’s pretty clear that JSON is winning.

One can gain only so much insight from viewing slides. It would have been nice to hear Mr Musser’s  commentary as well.

Side note – The term “API” used to denote a programmer’s interface exposed in a library.  Developers would use an API by linking with a library.  The term has silently expanded its meaning to include application message protocols – in other words, how to format and send messages to a service across a network.  These things are very different in my mind, but yet the same term, API, is used to describe them both, these days. 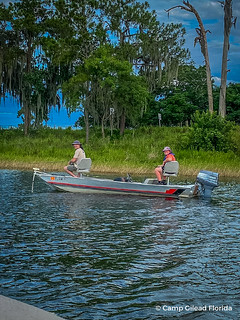 Success is going from failure to failure without a loss of enthusiasm.
-Winston Churchill