MongoLab operates under a thesis that MongoDB is pulling away as the world’s most-popular NoSQL database not because it scales the best — it does scale, Shulman said, but he’d actually choose Cassandra if he just needed a multi-petabyte data store without much concern over queries or data structure — but because web developers are moving away from the relational format to an object-oriented format.

Interesting comment. My spin alarm went off with the fuzz-heavy phrasing “…operates under a thesis…” I’ll buy that developers are moving away from relational and towards simpler data storage formats that are easier to use from dynamic scripting languages. But there is no evidence presented in support of the conclusion that “MongoDB is pulling away.” GigaOM just says that this is MongoLab’s “thesis”.

In any case, the opinion of Shulman that Cassandra scales much better than MongoDB leads to this question: If the key to developer adoption is providing the right data structures, then why not just build the easy-to-adopt object store on the existing proven-to-scale backend? Why build another backend if that problem has been solved by Cassandra?

Choosing to avoid this question, the creators of MongoDB have only caused people to ask it more insistently.

The combination of developer-friendly data structure and highly-scalable backend store has been done. You can get the scale of Cassandra and the easy of use of a JSON-native object store. The technology is called App Services, and it’s available from Apigee.

In fact, App Services even offers a network interface that is wire-compatible with existing MongoDB clients (somebody tell Shulman); you can keep your existing client code and just point it to App Services.

With that you can get the nice data structure and the vast scalability. 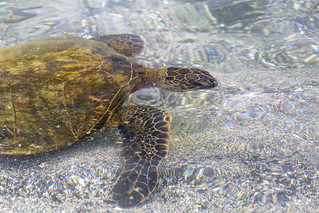 A fanatic is one who can't change his mind and won't change the subject.
-Winston Churchill