This is a pet peeve of mine.

I think the code is the documentation, and names of variables, functions, and classes used in the code are important. These names communicate the purpose of the things being named.

The names of variables in a program implemented in any particular language are also important. i and j indicate loop indices. Variables like req and res might indicate a request and a response object, respectively, though in many cases I would prefer to just see request and response.

Or, if you look at Java, something like an exception is usually named with an e, or an exc, sometimes followed by a numeric suffix. Like so:

To err is human.

Which brings me to the point. There are numerous examples showing how to code a callback function in Node, that look like this:

As you can see, the variable that holds the error is called err. Now if English is one of the languages you use, which is probably true if you are reading this, then you probably know that “error” is a noun and “err” is a verb.

Using the verb form of that word as a “shorthand” for the noun is confusing to code reviewers, and therefore wrong. Yes, everyone is assumed to know that “err” really refers to an error, but everyone incurs a small but not negligible mental burden in reconciling that difference, every time they look at that variable. Why? To save 2 characters? If really we are economizing on variable name length, and I respect efforts to do so, then why not just use the letter e, which is often used to represent errors or exceptions?

Either e or error is preferred over err.

An error does not become truth by reason of multiplied propagation, nor does truth become error because nobody sees it. – Mahatma Gandhi 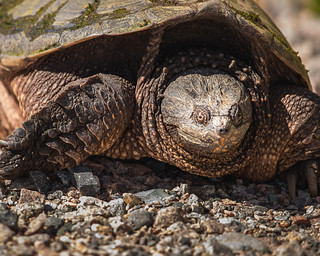 Get a bicycle. You will not regret it if you live.
-Mark Twain