This post will be a bit techy. I confronted and solved a minor problem yesterday, and in the spirit of the internet, thought I’d share the solution, in case anyone else tries something similar.

This is about Drupal forms, and specifically within forms, the #states capability, which is a way that form designers can tell Drupal to do jQuery magic things on the form elements, enabling or disabling some of them based on the state or value of others.

The typical example is a checkbox, that when checked, will either enable (css ‘disabled: false’) or make visible (css ‘display: block’) a dependent textbox. Simple enough, right? and for that kind of simple case, it works well.

This is what it looks like to configure a Form in Drupal:

But what if you want a set of mutually exclusive checkboxes?

One approach is to just use the above model, and have each checkbox depend on the other. In other words, something like this:

There was an approach described here that suggested using two conditions in the array. But that didn’t work for me; I still had the endless loop. After fiddling with this for an hour, searching around for hints, I decided to just do it myself with my own jQuery. The logic was simple to write. And, I didn’t want to fight the Drupal Forms API any longer.

So here’s the solution. Include this JavaScript in your module:

How does that JS get loaded? In the Drupal module code, do this:

And finally, how do we set up the checkboxes in the Forms API? Like this:

And that gets the desired behavior: It is possible for zero or one of those checkboxes to be checked, but not both.

It took more time to write this post than it took to build the solution shown here! And of course I never did manage to figure out how to do the same just using the Forms API. This is an example of an API, the Forms API in Drupal, that does some things well, and this one thing….? Not so well. Much easier to just jump out and solve it this way.

Maybe this will help some one else!

By the way, this is included in a Drupal module that allows administrators to verify / validate user registration. 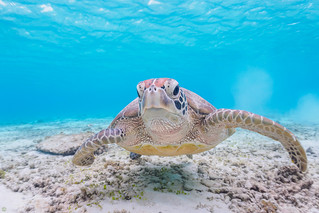