A video of his one-hour presentation with slides + demo.

Originally Windows Azure was a Platform-as-a-Service offering; a cloud-hosted platform. This was a new platform, something like Windows Server, but not Windows Server. There was a new application model, a new set of constraints. With the recent announcement, Microsoft has committed to running arbitrary VMs. This is a big shift towards what people in the industry call Infrastructure-as-a-Service.

Russinovich said this with a straight face:

It sure seems to me that Russinovich has put some spin into that statement.  It’s not the case that Microsoft “realized” customers would want VM hosting.  Microsoft knew very well that customers,  enterprises in particular, would feel confidence in a Microsoft OS hosting service, and would want to evaluate such an offering as a re-deployment target for existing systems.

This would obviously be disruptive, both to Microsoft partners (specifically hosting companies) and to Microsoft’s existing software licensing business.  It’s not that Microsoft “realized” that people would want to host arbitrary VMs. They knew it all along, but delayed offering it to allow time for the partners and its own businesses to catch up.

Aside from that rotational verbiage, Russinovich gives a good overview of some of the new VM features, how they work and how to exploit them. 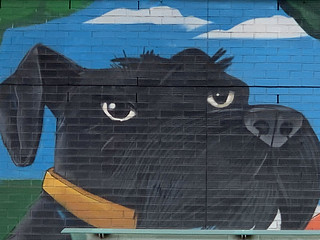 Success is not the key to happiness. Happiness is the key to success. If you love what you are doing, you'll be a success.
-Albert Schweitzer